The Missouri bladderpod is only found southern Missouri and northern Arkansas. Natural habitat for Missouri bladderpods is primarily open limestone glades; Glades are naturally dry, treeless areas with shallow, loose soil and areas of exposed rock. Many of the glades where it grows have been heavily impacted by quarrying, grazing, construction, and/or fire suppression. Fortunately, some populations are growing on protected lands.

The Missouri bladderpod is a small annual plant, about 4 to 8 inches tall, with distinctive canary-yellow flowers cluster at the top of the stems and bloom from April to May. The flowers have four yellow petals and produce round green seedpods (1/8 inch in diameter) that turn brown as they dry. 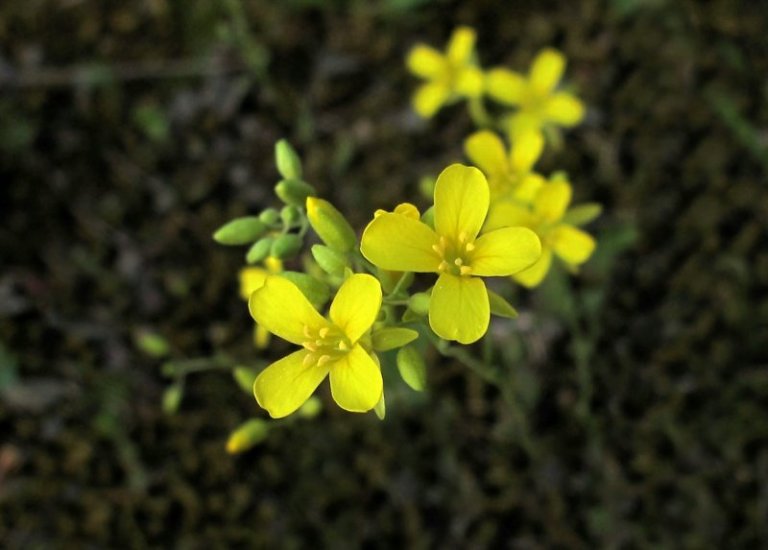 Management tools include prescribed burns, chain-sawing, and herbicides to control the woody vegetation and invasive exotic plants (herbicide use is restricted from June through August); rerouting hiking trails to reduce foot traffic impacts; and reducing or eliminating excessive livestock grazing.